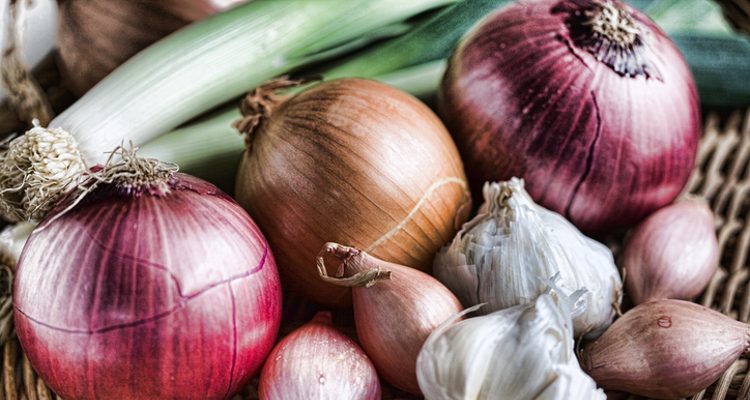 Sulfur is an element you don’t usually associate with food. It’s something you associate with matches or bad smells. But sulfur is not only found in various foods; it’s also good for you.

In the past few years, there has been a swelling of interest in foods that are high in sulfur. But given that sulfur-rich foods are still not widely known, you may need a little bit more information before adding these foods to your diet.

Keep in mind this is just a very broad overview of foods with sulfur. If you want to increase the sulfur intake of your diet, you can always check the nutritional information of particular items on this list to see which one might be a better fit for you than others. As always, if you are worried about changing your diet, consult a physician before making any changes.

How exactly does sulfur in the diet benefit you? What does it actually do for your body and its systems? The answers may surprise you.

How Do Sulfur-Rich Foods Benefit Your Health?

We’ve listed foods that are high in sulfur, but we have yet to discuss why you should be looking for these foods in the first place. Diets can be hard to manage between healthy fats, complex carbohydrates, and antioxidant superfoods.

You already have a lot to keep track of. Why should you bother making an effort of adding more sulfur-rich foods into your diet?

First, sulfur is important for our body as its third most abundant mineral. Sulfur is found in every part of the body you can think of: muscle, bone, skin, you name it. The average human being has about 140 grams of the mineral at any given time. On that note, it’s important to have the required amounts of sulfur available when the body needs it.

Dietary sulfur also has some reported health benefits worth looking into.

Sulfur is important for the creation of insulin in the human body. Insulin is the hormone that helps your body regulate its blood sugar levels. Less insulin to regulate blood sugar could lead to diabetes.

Sulfur may also be very good to relieve joint and muscle pain. A form of sulfur found in many vegetables, methylsulfonylmethane (MSM), is used by many drug companies in their pain relief drugs. While there isn’t much scientific evidence to back this up, it stands to reason that many people use this form of sulfur and the vegetables it comes in for pain relief.

Sulfur may also be good for your skin and hair. Collagen and keratin—proteins that make up our hair, nails, and skin—rely on sulfur to maintain healthiness. Collagen is what keeps skin supple and elastic as well as helping with connective tissue. Sulfur helps in the creation of collagen. Sulfur is used in many skin and hair care products such as shampoos, skin creams, and face powders to control dandruff, acne, blemishes and so on.

Due to its antioxidant qualities, sulfur may also help with heart disease prevention as it acts as a natural blood thinner and may help lower low-density lipoprotein (LDL or “bad”) cholesterol. More research is needed to confirm its use in this area.

Many of us have a slightly higher amount of copper than required. Sulfur may help balance the level of copper in our body as multiple studies have shown it interferes with the storage of this metal in livestock. Fewer studies have been conducted on human subjects, however.

Consuming sulfur-rich cruciferous veggies may help reduce the risk of cancer, especially of lung, colon, stomach, ovaries, and prostate gland. According to the National Cancer Institute, glucosinates, the sulfur compounds present in cruciferous veggies such as cauliflower, cabbage, and broccoli are known to prevent the growth of cancer cells. They have the ability to inactivate carcinogens and have anti-bacterial and anti-inflammatory properties.

Side Effects of Excess Sulfur

There are some people who are sulfur intolerant. These people are normally recommended a low-sulfur diet. This happens because of enzyme mutations that lead to excess sulfur in the body.

But this is not the only reason. Such people may also have leaky gut syndrome or excessive bacterial growth in the small intestine. Sulfur intolerance causes inflammation, lethargy, skin reactions, breathing problems, and other symptoms.

Diets can be hard to control, especially in this busy world we live in, but adding sulfur-rich foods into your diet is a pretty easy win. Most of the foods that contain sulfur are full of vitamins and minerals, and as we have demonstrated, sulfur is also essential to many functions of the body.

From improved cardiovascular health to clear and healthy skin, sulfur has the potential to add to your body’s overall health in a major way. With all of this good coming from sulfur, it may be worth your time investigating how to add a little more sulfur into your diet.