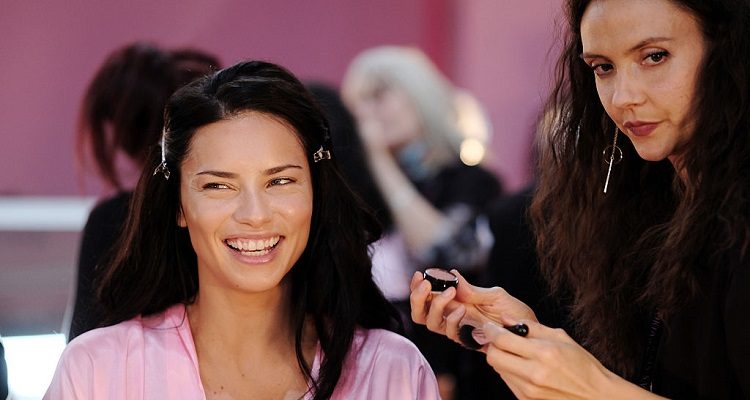 Adriana Lima has stunned her fans once again! No, it’s not the Victoria’s Secret Fashion Show we are talking about, but about the charity event. Lima looked gorgeous in an emerald green velvet gown at Madonna’s: An Evening of Music, Art, Mischief, and Performance, in Miami.

The model showed off her long lean legs in a floor-length dress, and paired it with a gold necklace and earrings. She looked magnetic and super fit in the figure hugging dress. Read on to learn the model’s workouts and diet secrets.

Lima says that consistency is very important when it comes to fitness. She says she eats six meals a day and works out at least six days a week. Lima sticks to a strict regimen all year-round, and she says she avoids changing her diet and workout routine while preparing for VSFS.

The super model loves working out and is very committed to her workout routine. She mostly does boxing, which tones her arms, makes her feel stronger, and gives her a perfect bikini body. She says boxing is her passion, which started when she was just 19!

When she is not boxing, she will do push-ups, burpees, squats, and shadowboxing. Many people have compared Lima’s training style to that of a pro-athlete, as she is very strict on herself, and follows similar routines.

Lima has revealed the secret to her svelte figure, which apart from satisfying her sweet cravings, boosts up her metabolism too. She sips a beverage made with buckwheat that is high in proteins and is gluten-free. She mixes buckwheat with hemp milk and honey and sips it before going to bed. She says it burns the calories while you are busy taking a nap. “I like to make sure that I eat healthy and balanced,” she tells Hollywood Life. Her sample diet plan looks as below:

Breakfast: She consumes a breakfast that helps keep her full for a longer duration. She opts for oatmeal that is rich in fiber and proteins. She also eats raisins and egg whites.

Snacks: She eats fresh fruits, carrots, or cucumbers for snacks. They are rich in rich nutrients and vitamins and also have high water content, which is beneficial for the skin.

Lunch: Her lunch is protein packed and comprises of fish or chicken. She eats Japanese yams and quinoa, too.

Dinner: Her dinner is very light and she eats a salad for dinner.

She cannot resist a cappuccino or latte, and has one every day. Instead of white sugar, she sweetens it with honey and occasionally indulges in chocolates.

“I eat a lot of protein and green vegetables and I always take supplements like Omega-3 and a multivitamin which contains a bunch of things from vitamin B12, to antioxidants and zinc, ” Lima told Daily Star.

Her diet and workout routine is very simple to follow. You can surely get a bikini body like Lima by adopting her secrets.