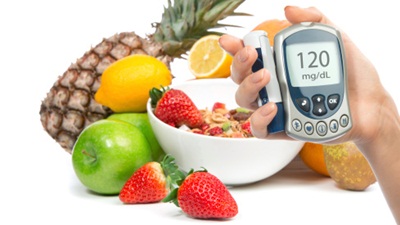 A healthy diet can be helpful in controlling diabetes. Once the symptoms of diabetes appear, it is possible to reduce your risk of complications caused by diabetes. A healthy diet with healthy recipes, good medical advice, and healthy weight loss regime can greatly help you reduce your diabetes in a long run. In addition to these, here are the top 5 foods that you should include in your diet to control your blood sugar and avoid major health complications caused by diabetes.

Coffee contains many complex chemicals which can act as antioxidants inside our bodies. One of these chemicals is chlorogenic acid. This compound is known to affect the release of glucose from food into the bloodstream.

Chlorogenic acid is thought to slow the absorption of glucose from the intestine into the bloodstream thereby controlling blood sugar levels and insulin secretion after a meal.

A new report recently published assessed the collective results from 28 studies. The results of this analysis indicated that there was a direct relationship between coffee consumption and reduction in type 2 diabetes. This means that the higher the coffee consumption an individual reported, the lower their risk was of developing one of the most common forms of chronic disease currently plaguing the U.S.

If you’re not eating low-fat dairy or yogurt already, you might want to start. A new study shows eating yogurt can lower the risk of developing diabetes by 28%.

The researchers arrived at this number by tracking yogurt consumption from a large sample, and comparing the risk between yogurt eaters and non-yogurt eaters.

Yogurt is also a snack that’s easily consumed in place of junk food. Instead of getting calories from an unhealthy food source that ultimately contribute to diabetes, have a cup of yogurt every day and keep away from diabetes.

If you’re not eating cinnamon, here’s one reason you must add this spice to your diet: it’s known to help manage blood sugar.

The active ingredient in cinnamon, cinnamaldehyde, is found in high concentrations in the bark of the cinnamon tree and is responsible for the smell and taste of cinnamon.

The concentrated oil derived from cinnamon bark is approximately 90% cinnamaldehyde. It is thought to improve insulin sensitivity by influencing the insulin receptor site allowing blood sugar levels to decrease sequentially. A daily diet containing cinnamon can help you fight against diabetes.

Berries contain a rich amount of flavonoids, compounds that have been shown to protect you from diabetes. That’s what a new study from researchers at the University of East Anglia and King’s College London found.

The researchers studied about 2,000 people and their dietary habits, and they found that the powerful compounds in berries, tea, chocolate, and other red and blue colored fruits and veggies, known as anthocyanins, can indeed protect against diabetes.

The consumption of more pigmented vegetables can provide you with blood sugar-lowering benefits and can also add a nutritional punch of antioxidants and phytochemicals, which can prevent damage to your heart and arteries.

The chemicals and antioxidants contained within this important food group can also positively influence blood sugar levels and insulin sensitivity. In addition to these, sweet potatoes can also play a major role to lower diabetes and its health complications.