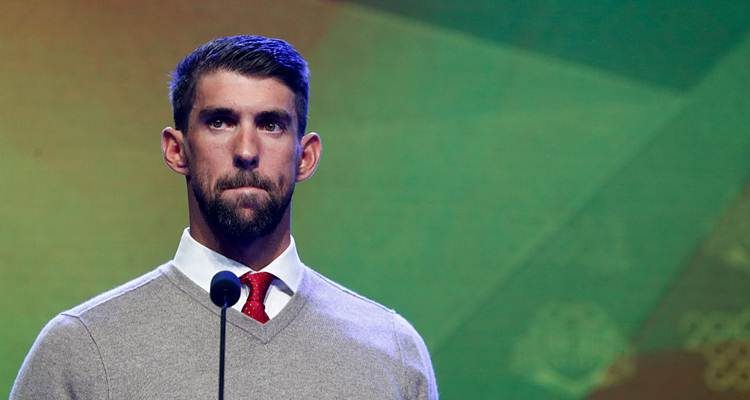 Health food habits are the key to looking good and feeling great. Without proper nutrition, these stars and celebrities could hardly manage to accomplish what they have, especially Olympic medalist Michael Phelps.

Gisele Bundchen, Nikki Reed, and Hugh Jackman also know the value of good food and how important it is to energy levels and all over well-being. Find out who loves bread in the morning and which family uses a personal chef to help them prepare their healthy meals.

With about 28 medals and an excellent swimming record, we know that Phelps is in great physical shape. Keep reading to find out more about the swimmer’s healthy food plan and workout routine.

Phelps claimed he ate 12,000 calories per day before the Olympics in Beijing. Talk about a high calorie diet. His calorie consumption is not an exaggeration, as he needs 1,000 calories per hour when racing, and so he requires high calorie intake. The high-calorie sources included pizza, pasta, fried egg sandwiches, chocolate chip pancakes, and energy drinks.

Men’s Health reported his breakfast consisted of three fried-egg sandwiches loaded with cheese, lettuce, tomatoes, fried onions, and mayonnaise with two cups of coffee. After that he would eat one five-egg omelet, one bowl of grits, three slices of French toast topped with powdered sugar, and three chocolate chip pancakes.

His lunch consisted of a pound of enriched pasta, and two large ham and cheese sandwiches slathered with mayo on white bread. For dinner, he ate a pound of pasta and whole pizza, according to The New York Post.

While experts claim eating 12,000 calories a day is impossible, Phelps also said in a Facebook video that “I don’t eat many calories a day. I just really eat what I need.”

In the Brady household, you’ll only find the best and healthiest meals. Tom Brady and wife Gisele Bundchen are all about healthy food recipes, and cooking homemade food. After all, the 36-year-old Bundchen is a retired supermodel, and the 39-year-old Brady is a NFL quarterback and four-time Super Bowl champion with the New England Patriots.

Gisele Bundchen always makes sure that the family is well-fed with gluten-free and organic meals that include vegetables straight from the garden. Brady and Bundchen share two children together, Benjamin and Vivian. Bundchen is also the stepmom of Brady’s son Jack.

Winter in New England is very cold, so the Brady family can’t really grow vegetables all year round. The growing season yields many veggies such as kale, arugula, spinach, cucumbers, zucchinis, tomatoes, and squash—they will last throughout the winter!

The Brady family also employs personal chef Joanne Gerrard Young, who is a master raw food chef, holistic nutritionist, and the health educator behind The Healing Cuisine. Brady and Bundchen often consume large meals at lunch, and then have smaller dinners.

Nikki Reed and Ian Somerhalder looked stunning at a recent charity event. The Twilight star and vampire boyfriend looked amazing; Reed wore a long floral dress, and Somerhalder paired a gray suit jacket with dark jeans. Reed credits her vegan food diet for her killer body, along with activities like swimming and boxing.

Reed was hosting the Unlikely Heroes charity event, which raises money for safe housing, medical care, and education for children who are rescued from sex slavery. Both Reed and Somerhalder participate in numerous charity events, including WE Day, which took place in California earlier this year.

Reed’s healthy diet consists of nutritious vegan food and a mostly vegan diet. She enjoys plenty of vegetables along with quinoa, brown rice, almonds, and avocados. Reed has also done a few detox diets in the past, where she’ll consumes energy-boosting juices like cranberry juice, lemon juice, and apple cider vinegar. The detox diet is intended to cleanse her liver, kidneys, and to boost her metabolism.

As for her carb intake, Reed only consumes complex carbs. These are a type of carbohydrate that do not break down quickly; blood sugar levels won’t spike or drop suddenly. They’re a good tool to maintain energy throughout the day.

Jackman confesses that he’s always been a foodie. He said to Grub Street, “I don’t know if it’s cool or not, or trendy or whatever, but I’ve always been a foodie. I remember when I was young, the only thing I ever dreamed of — it wasn’t cars or houses or trips — the only thing I wanted money for was to be able to walk into any restaurant I wanted and order anything off the menu, without having to worry about it.”

He also admits that he can bake well, and loves bread in the morning. He would probably prefer to bake his favorite banana bread to accompany his morning coffee. This YouTube video shows Jackman baking the banana bread with businesswoman, writer, and television personality, Martha Stewart.

The actor also likes the taste of South Korean cuisine. His favorite dish is the ginger fried rice, a masterpiece of popular restaurateur, Jean-Georges Vongerichten, and his wife, Marja. The couple presents South Korean cuisine on the television series, The Kimchi Chronicles.