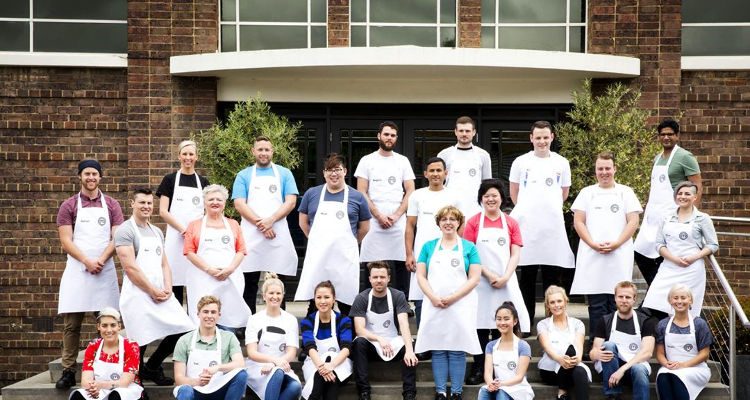 In the first MasterChef Australia season 9 team challenge, the contestants prepared four dishes to serve the customers in Johnny Di Francesco’s restaurant. The Red Team went into the elimination round losing the team challenge, while Bryan Zhu’s dessert saved the Green Team from elimination and ended up as winners.

The theme of the team challenge was obviously Italian. Di Francesco said that simplicity is the key in Italian food. He was very much looking forward to simple ingredients and good flavors.

Calombaris divided the contestants into a Red Team and Green Team. Eloise Praino headed the Red Team, and Diana Chan headed the Green Team. Then, Mehigan announced the rules of the challenge. Each team had to cook four dishes including pasta, a dessert, and two different pizzas.

The teams would not only be cooking for the three judges and Di Francesco, but 250 customers as well! Although the contestants looked confident initially, the large number of diners who would be attending stunned them. Mehigan told them that they will get three hours to prepare before the customers arrive and that Di Francesco will monitor them in the kitchen.

The judges were looking for two factors—the taste of the food and the performance in the kitchen, including timely service. The losing team will go into elimination, and one member will eventually be weeded out.

The Green Team decided to make chili and garlic prawns with mozzarella pizza and pancetta with fresh rocket leaves and balsamic glaze.

The Red Team started with caramelized onions, taleggio, and rocket pizza with portobello mushrooms, olives, and soppressata. They wanted to keep the toppings simple and focused on the dough more.

Pia Gava and Tamara Graffen were in charge to make the pasta dough for the Red Team. Gava felt that being proficient in Italian cuisine put her under extreme pressure. But, she manages to make awesome strands of spaghetti.

Instead of making a normal sponge cake, Jess Butler tried to make her own pancake which turned out like a flaky sheet. The Green Team was still struggling with the pizza dough but finally get through it.

Di Francesco then taught the pizza makers a simple technique to make the pizza base. Soon afterward, the customers start pouring in, and the teams were getting orders. Both teams were working in full swing to serve the customers.

The judges tasted the Red Team’s pizza and seemed pleased to bite into it. The dough was perfect, and so were the toppings. Then they taste Green Team’s pizza. The flavors were tasty, but the use of fresh mozzarella and balsamic vinegar made it wet.

The judges tasted the fettuccine arrabbiata pasta made by the Green Team and simply loved the flavors. Then, they tasted the Red Team’s spaghetti aglio e olio and only liked the spaghetti; the flavors should have been bolder.

When the judges tasted the dessert, Preston and Mehigan get the perfect tiramisu. Calombaris’ tiramisu sponge is dry. They were impressed with the Green Team’s dessert because it had different textures.

The Green Team won the challenge while the Red Team’s loss placed them into elimination. To know who will leave the MasterChef kitchen, be sure to tune into Channel Ten tonight at 7: 30 p.m.