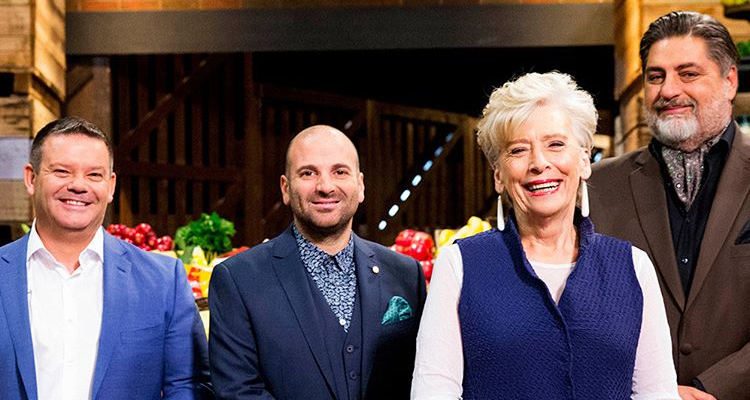 MasterChef Australia returned to screens with its new and extraordinary season 9 on May 1. The judging panel included the three proficient personalities Gary Mehigan, Matt Preston, and George Calombaris. Maggie Beer was the guest chef of MasterChef Australia season 9, week 1.

To be among the top 24, the contestants had to prepare their signature dishes in an hour. After tasting the dishes, the judges voted with a yes or no. There were 20 contestants who made a direct entry to the top 24.

The remaining contestants had an opportunity to cook to please the judges in the next episode. Michelle Lukman got the first apron of season 9. The judges were stunned by the golden ball dessert that looked delectable. It was filled with a mixture of cream, mascarpone, and cheese.

While Pia Gava’s gnocchi made it doubtful that she would be among the top 24, she survived the test.

Maggie Beer joined MasterChef Australia in the second episode. The contestants welcomed her with a loud applause.

She set a challenge for the 12 cooks who got a second chance to either cook a dessert with lemons as the core ingredient or any savory dish in 75 minutes.

Beer tasted a lemon dessert prepared by one of the contestants and was glad to have another bite. She simply loved the texture and crispiness of the lemon pancake and the lemon curd sauce. It was a clever balance of simplicity and creativity, the chef said.

Another contestant prepared trout and confit leeks with lemon beurre blanc. Beer was delighted as she dipped the fish in the lemon beurre blanc and put it in her mouth. She and Calombaris said that the fish was beautifully and perfectly cooked.

Eliza Wilson, Lee Behan, and Sarah Tiong were the top three contestants to join the top 24.

In episode 3, the remaining contestants had to survive the pressure test to win the last apron.

The dish had 10 technical dessert elements and had to be prepared in three and a half hours.

As one of the end of the firecracker was lit, it made a little cracking sound, and the whole crowd burst into laughter. The cylindrical-shaped chocolate dessert looked simple until it was cut open. It had yellow and pink layers, and the center was filled with a red sauce. Arum Nixon replicated the dessert and won the last apron.

For the first MasterChef Australia season 9 challenge, they invited season 8 winner Elena Duggan on the show.

The contestants were super excited to see her. She advised the contestants to surrender to the process, grow with it, and adapt. She continued to say don’t think too far ahead of yourselves but just work with what you have. Everything depends on how well you respond to the situations.

Duggan selected the ingredients of the mystery box. Some of the contestants opted for a pasta dish, while others wanted to invent. Goodwin, Callan Smith, Gava, and Zhu were the top four contestants to win the mystery box challenge.

Next was the hidden pairs elimination challenge, where the contestants had to pick an ingredient of their choice and also had to use the hidden ingredient placed beside it.

These ingredients had to be used to prepare a dish in 75 minutes. Sarah Tiong, Pia Gava, Michelle Lukman, Diana Chan, and Eloise Priano were the top five contestants to win the mystery box challenge.

The competition is intense, and the whole environment on the show is extremely exciting. We are sure you must be looking forward to catching up on the next episode, following your favorite contestants closely, and even trying out their dishes at home.